Rescue at Sea – The Miracle Power of Prayer 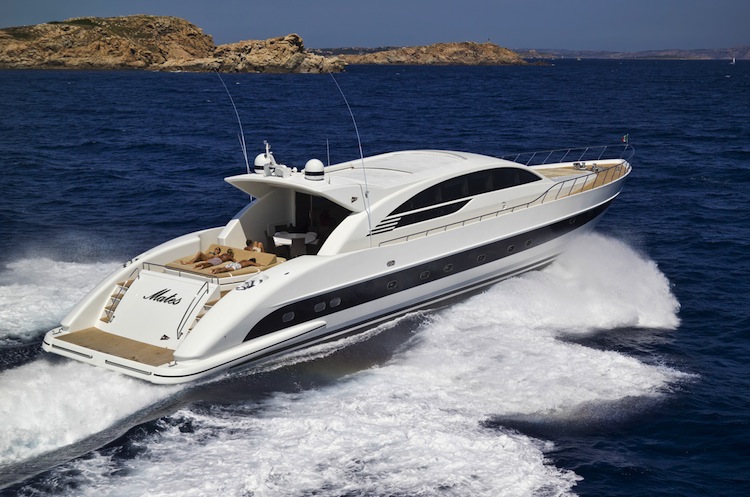 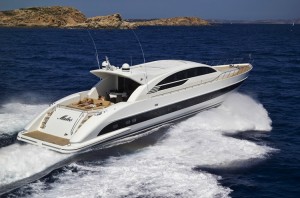 We were so excited!  Our friends Jack and Linda had invited us to the Channel Islands on their yacht.  The Channel is a chain of eight islands located in the Pacific Ocean off the coast of California and often referred to as the “American Galapagos” because of its rich animal and marine diversity. The plan was to spend the night on the boat and then hike the islands the following day.  It had taken months to sync our busy schedules and now, finally, we were on our away.

No Worries
We departed from Ventura Harbor at 2 p.m.  with the sun smiling down and and “all clear” weather report. Within minutes, we had our feet up, sodas in hand, and our cares had melted away.

The boat charged powerfully through the waves to reach our destination before sunset.  Since we’d left a little late in the day, I buttoned my red coat to buffer me  from the brisk ocean gusts.

The Assault
As we got into the open sea, the waters got choppier.  This was to be expected, so we thought nothing of it.  I was blissfully relaxed when, suddenly, out of nowhere, a horrifying vision acosted my mind.

It was night, and I saw myself in my red coat, sinking in cold, black seas, being swept towards dark, jagged rocks.  Although
I was wearing an orange life ring preserver, huge waves were breaking over me…and I was drowning.

Suddenly, like the turn of a light switch, the vision vanished and
I was back in the present..now horrified and trembling. What had just happened?  I felt as though I’d been assaulted.  Those images had not come from me!  We were on a large yacht, Jack was an experienced captain and it was a beautiful day.  What could possibly go wrong? I brushed the whole thing off.

Swollen Seas
To our surprise, with each passing hour, the seas began getting rougher.  By now, the sun 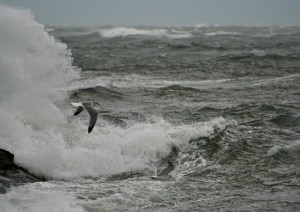 had started to fade, the wind was colder and the waves swelled from three feet, to five, then ten.  Our yacht was heaving up and down. Though uncomfortable, was still trusting things were OK until Jack suddenly exclaimed: “This is crazy!  I’ve never seen it like this!” Just then, the mini bar on the deck below burst open sending soda cans flying all over the kitchen.  Feeling seriously seasick now, I corralled the fizzing missiles, and then crawled to my room to lay down.  Fighting a cold, creeping dread, I started to pray for the storm to settle.  Unbeknownst to me, Jack, Linda, and my husband were on deck praying the same thing. 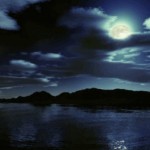 Rough Night
Night fell and we had not found a safe harbor.  Suddenly, my husband burst into my room and cried, “Pray for us!  We’re in trouble!” Scrambling up to the deck, my heart froze.  The sky was dark, the waves were black and wild, and Linda was pulling orange life ring preservers from a chest!

Powerless
The situation was critical.  While trying to tense our bow and stern  anchor ropes to stabilize the boat, our front anchor had lost its grip and come loose.  As the boat lurched backwards, the stern rope wrapped wildly around our propellor completely paralyzing it.  Our boat was now without any power and we were drifting in angry seas towards the black jagged rocks.  The nightmare was coming true! 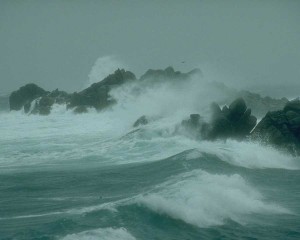 Convinced this was the end, I told my husband about the vision.  He listened and grimly agreed that, at the very least, we’d have to survive a night on the rocks.  That didn’t seem possible.

A Tense Goodbye
It was 1 a.m.  I dialed my sister on my cell to say goodbye. Amazingly, the call got through!  I  choked up when I heard her voice!  Discerning the severe spiritual attack we were under, she prayed with authority against the evil and assured me
I was not going to die.  Glancing at the rocks, I told her I loved her.  Maybe there was still time to call others to pray for us. Trembling, I phoned Janet, a close friend and asked her to immediately put out the word.  Janet said she’d also try and alert the coast guards since Jack’s SOS calls had gone unanswered.  It was worth a try.

Jack was now in a wet suit and armed with a knife, ready to jump overboard and attempt to cut our propellor free.  We all knew it would be suicide and refused to let him do it.

A Touch from Heaven
We joined hands in prayer and braced ourselves for a collision with the rocks.  I prayed that our demise might at least be quick.  Suddenly, what was that? We felt a palpable shift.  Our boat started moving…away from the rocks!  Could this be possible? We checked the sonar that measured how close we were getting to shore. Our depth had been a terrifying 30 feet, now it was 90, and then 120…the wind had not changed direction.  Something seemed to be “pushing” us out to sea!  People were praying!  The radio sputtered to life — the Coast Guard had heard Jack’s calls and were on their way!  Our hopes soared, but in these seas it would take them an hour to arrive.  Could we hold out that long? We prayed again for God’d mercy and protection.  Our bow anchor suddenly found its grip preventing the boat from breeching, i.e, turning sideways and taking on water. The boat was still lurching perilously close to the rocks, but an invisible shield seemed to be keeping us from actual collision. 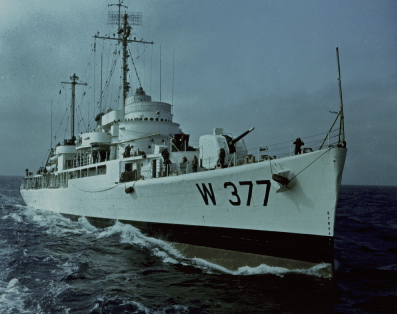 Piercing the Darkness
It was 2 a.m., when the huge white hull of Coast Guard’s ship pierced through the darkness.  What a magnificent sight!  With breathtaking speed and skill they got our boat under control.  This time, the bow anchor had gripped so firmly they almost couldn’t pull it up! Experts that they were, within half an hour they were towing us back to port. We were going to be OK!

Escorted Home
The journey back to the harbor was in much calmer seas. Claiming no victims, the storm’s fury had slinked back into the night.  The Coast Guards told us the stretch of water we’d been in was known as “the ship’s graveyard.”  Whew!  We sat back and exhaled for the first time in hours. Under the light of the moon, I saw dolphins on either side of our boat.  They escorted us like angels all the way home.

Our Times Are In His Hands
I’ve had harrowing experiences in my life, but none before where I looked at death in the face and lived to speak of it.  I am forever grateful to my family, my prayer partners, the heroic Coast Guards, and mostly, the Maker of Heaven and Earth, who holds our days and breath in the palm of His hands.

When Storms Strike
There are times in life when all is well and then, suddenly, a storm strikes that brings us to our knees. All human wisdom and resources prove woefully inadequate, and, overwhelmed, we are forced to throw ourselves upon the mercy of God for there is nowhere else to turn.  Friend, it is at these times that we will more deeply experience God’s immense goodness and provision in ways we never could during calm seas.  Whatever storms you are facing in your life today, trust Him, for He will bring you through the valley of the shadow of death and lead you safely to the other side. Whatever side that is, you want Him leading the way.

Do you have a story of how God has rescued you from a severe trial? Please share it here. Just scroll down to the bottom of the page to “Leave a Comment.”  Thank you!