The Rewards of Praise and Trust 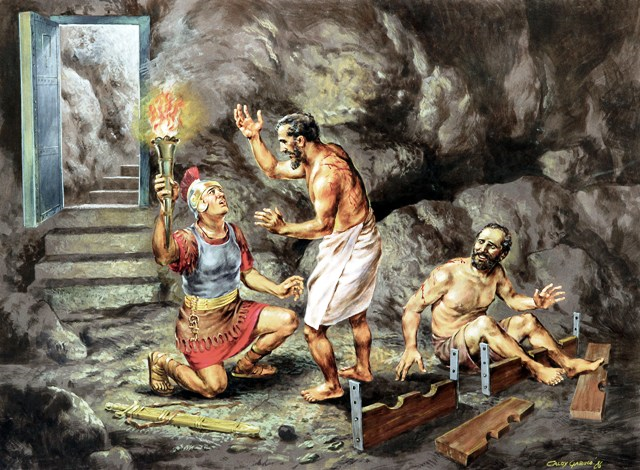 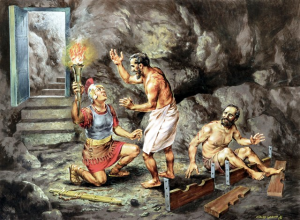 In the Book of Acts 16:16 – 38, the apostle Paul and his companion Silas find themselves imprisoned in a Macedonian dungeon after having been attacked by a mob, stripped and then severely beaten by local authorities.  Their “crime” had been simply the doing of God’s work:  preaching the word, strengthening the churches and coming against demonic strongholds in people’s lives.  Instead of blessing, they received violent injustice, cruelty and pain. Yet, Paul and Silas did not give in to fear, despair or self pity.  Instead, even at midnight they were “praying and singing hymns to God.” (v.25) 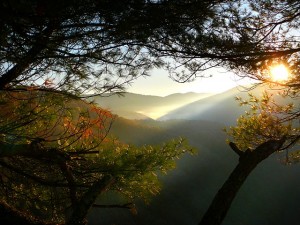 Sitting in a cold, filthy, underground prison, hungry, thirsty with raw wounds throbbing, Paul and Silas nevertheless lifted up their voices in praises to Him- and the other prisoners were listening.  But, they weren’t the only ones.  God heard Paul and Silas, and in response sent such a violent earthquake that it caused their their stocks to loosen and the prison doors to fling open. The end of the story is wonderful– not only did they end up getting out of prison, but the jailer and his whole family put their faith in Christ because of the integrity of these two men and how they stood up under suffering because of their faith in God.

“It is commendable if a man bears up under the pain of unjust suffering because he is conscious of God.” (1 Peter 2:19)

How is your faith today?  What are you experiencing? Are you in a dungeon of sorts suffering from the loss of a dear one, a job, reputation, income, health…has there been betrayal, injustice, abuse, pain?  Are you feeling hopeless and afraid?  Are your wounds tormenting you?  In Genesis 16:13:13, a servant girl named Hagar called the Lord “the God who sees me” for God rescued her from a sure death as she was trying to escape suffering in her own life but ended up instead wandering in a desert under the blazing sun.

“Those who know your name will trust in you, for you, Lord, have never forsaken those who seek you.”  (Psalm 9:10)

When times are toughest, the Lord promises to be with us and teach us how to walk without fear even “through the valley of the shadow of death.”  And death– death of relationships, hope, innocence, health, security– loses its grip if we will but call on His name and cling to Him.  He will show up.  He will help.  He will provide a way out. He will “lift you out of the slimy pit, out of the mud and mire, setting [your] feet upon a rock and making [your] steps secure.” (Psalm 40:2)

Today, if you are in distress and feel far from God, even if your faith is as small as a mustard seed, call on Jesus with a sincere heart and ask Him to come help you, to rescue you from your pain and suffering, and allow Him to strengthen and restore you.  If you have never called on Jesus before, make today the day that you open the door, invite Him into your life, and let Him give you a new heart, a fresh start and a better future…and then watch how He answers.

“The Lord is my strength and my shield; my heart trusts in him, and I am helped.  My heart leaps for joy and I will give thanks to him in song.” (Psalm 28:7)